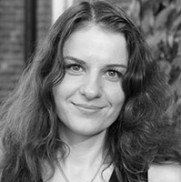 Yulia is a Professor of Genetics and Psychology at Goldsmiths, University of London; and a visiting Professor at University of Sussex (UK), New York University in London, Tomsk State University (Russia) and Higher School of Economics (Russia). In addition to directing InLab, she co-directs the International Centre for Research in Human Development (ICRHD) at Tomsk State University and the Russian-British Laboratory for Behavioural Genetics at the Psychological Institute of the Russian Academy of Education , Moscow. She leads the genetically informative research into mathematical development in the Twins Early Development Study (TEDS) at King’s College, London; directs the Russian School Twin Registry (RSTR); and leads the Applied cognitive psychology and neuroscience research direction at Sirius Science and Technology University. The goal of her research programme is to provide insights into the development of individual differences in cognitive abilities, emotional and motivational processes and academic achievement. Understanding the origins of variation in these traits will ultimately lead to more personalised educational approaches and to better education for all learners. In 2015, InLab and the ICRHD became the founding members of TAGC – The Accessible Genetics Consortium.

Yulia Kovas received her Ph.D. in 2007 from the SGDP Centre, Institute of Psychiatry. Her thesis on Generalist Genes and Mathematics explored the origins of the individual differences in school mathematics. She received a degree in Literature and Linguistics as well as teaching qualifications from the University of St Petersburg, Russia in 1996 and taught children of all ages for 6 years. She received a B.Sc in Psychology from Birkbeck College, University of London in 2003 and an MSc in Social, Genetic, and Developmental Psychiatry from the SGDP Centre, King’s College. 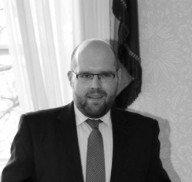 Robert is InLab’s general manager. He completed his PhD at Goldsmiths in 2020, with a thesis entitled “Genetics: International Public Knowledge, Perceptions and Engagement”. Robert continues to conduct research in the areas of behavioural genetics and public engagement with science. He is a founding member of The Accessible Genetics Consortium (www.tagc.world) and manages TAGCs public engagement work. Robert developed and maintains the International Genetic Literacy and Attitudes Survey (iGLAS) and is working on a Legal and Ethical extension of this study. Details about using iGLAS or its associated measures can be found here. Robert is currently working with other members of InLab to develop an online course: Useful Psychology for Teachers. For details of Robert’s research please see his Research Gate profile. 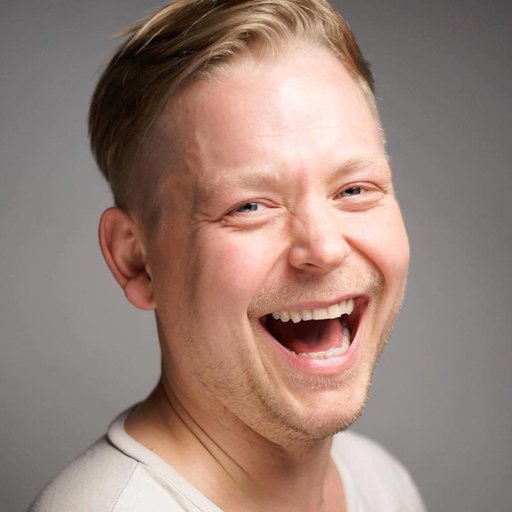 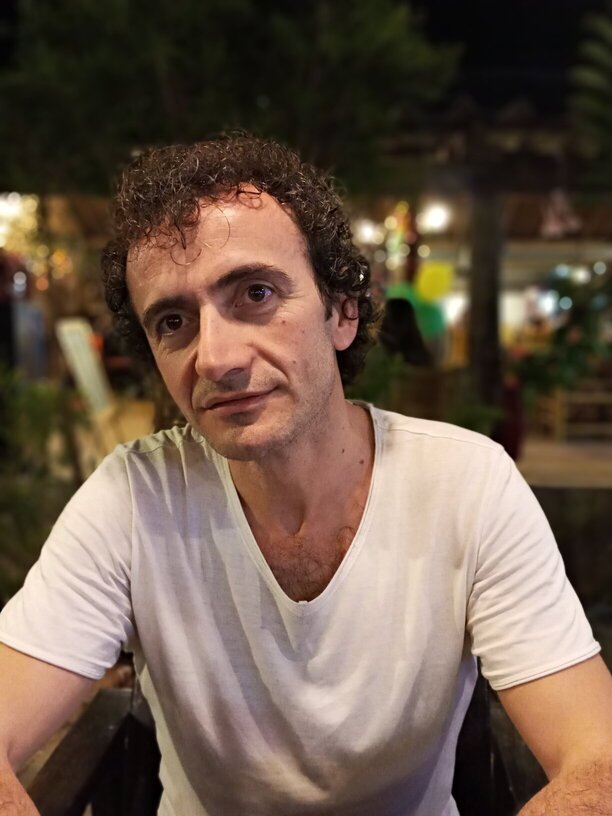 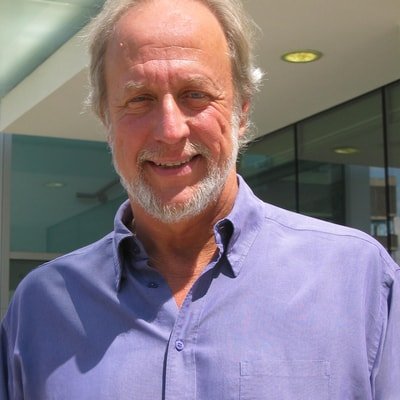 Robert Plomin is a Professor of Behavioural Genetics at the MRC Social, Genetic and Developmental Psychiatry (SGDP) Centre at the Institute of Psychiatry, King’s College London. In 1994, he came to the Institute of Psychiatry as MRC Research Professor to establish with Professor Michael Rutter the SGDP Centre. The theme of the Centre and of his research is bringing together genetic and environmental research strategies to study behavioural development. In 1994, Plomin launched the Twins Early Development Study (TEDs) of all twins born in England and Wales in 1994-96, which focuses on developmental problems in cognition and behaviour. During the past decade his research has increasingly turned towards harnessing the power of molecular genetics, especially genome-wide association strategies, to identify genes for psychological traits in order to help understand the developmental interplay between genes and environment. Plomin has published more than 500 papers and is senior author of the major textbook in the field (’Behavioral Genetics,’ Worth Publishers, 5th edition, 2008) as well as author of a dozen other books. 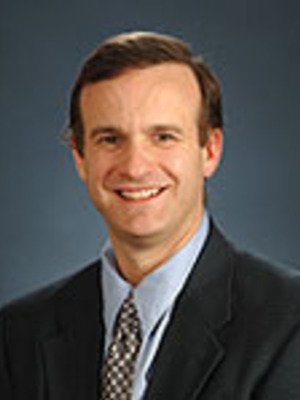 Steve Petrill a Professor at the Department of Human Development and Family Science at the Ohio State University. One of the most important unanswered questions in the reading literature is the changing relationship between oral language, reading fluency, mathematics, mathematics fluency, and reading comprehension during development. A major thrust of Prof Petrill’s research agenda has been the development of a new prospective, longitudinal twin study examining children as they acquire reading and math skills. This study, called the Western Reserve Reading Project (WRRP) involves 450 pairs of MZ and same-sex DZ twins who were recruited in Kindergarten or first grade and assessed via 8 home visits. The study has also examined how these same genetic and environmental influences are associated with other domains such as oral language, motivation, task persistence, and socioemotional adjustment. Recently, the project has received a new grant to examine math cognition, and its relationship with psychometric math performance and earlier reading skills. Professor Petrill has also been moving towards more applied work. In particular, although studies have shown significant mean improvement in response to reading, language, and math interventions, there is also substantial variability in response to instruction. Genetically-sensitive designs may offer a means to not only better understand this variability, but also yield more precisely targeted environmental interventions. 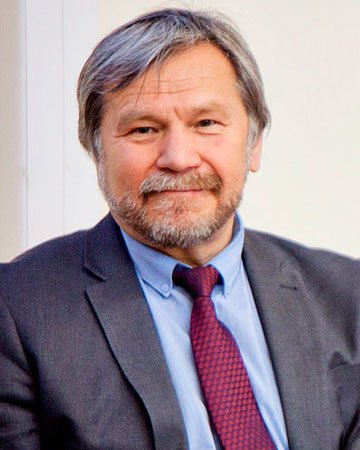 Professor of Psychology, Head of the Developmental Laboratory of Behavioural Genetics at the Psychological Institute of the Russian Academy of Education). At InLab, Professor Malykh consults on all aspects of psychophysiology, behavioural genetics, and cross-cultural investigations. He co-supervises PhD students involved in the Cross-cultural collaborations. As an example of his involvement, he is leading the Kyrgyz component of the large international Cross-Cultural Investigation into Early Precursors of Mathematics, as well as the Russian component of the cross-cultural twin investigation of fluid intelligence. Professor Malykh co-directs with Prof Kovas the Russian-British Laboratory of Behavioural Genetics. 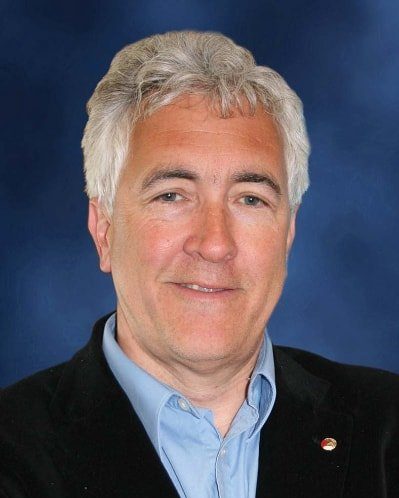 Michel Boivin holds the Canada Research Chair in Child Development and is currently professor of psychology at the School of Psychology of Université Laval, Québec, Canada. He was previously (2000-05) a senior fellow of the Canadian Institutes of Health Research (CIHR). He leads a research program on the biological, psychological, and social components of child development. He has played a central role in the creation and follow-up of large population-based longitudinal studies of children, including the Quebec Newborn Twin study (600 families of twins followed since birth), and the Quebec Longitudinal Study of Child Development, a population-based representative birth cohort of 2000 children and their families from Quebec. He is director at Université Laval of the Research Unit on Children’s Psychosocial Maladjustment (GRIP), an interdisciplinary and inter-university research center investigating risk and protective factors influencing children’s development, and of the Strategic Knowledge Cluster on Early Child Development (SRC-ECD), a pan-canadian consortium for knowledge mobilization on this issue. The SRC-ECD supports the construction of the Encyclopedia on Early Childhood Development, of which he is an editor. Michel Boivin is a member of the Royal Society of Canada. 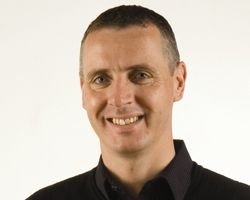 Gordon Harold is Professor and Chair of Developmental Psychopathology and Quantitative Behavioural Genetics in the School of Psychology at the University of Leicester. Originally from Dublin, his primary research interests focus on the role of the family as a context for understanding children’s normal and abnormal psychological development, genetic influences underlying children’s emotional and behavioural development, practice and policy applications of research relating to family influences on children’s development, and the application of statistical modeling techniques to the analysis of longitudinal data. He is presently involved in several ongoing longitudinal projects nationally and internationally (UK, USA, China, New Zealand), including studies examining the interplay between genetic and family environmental factors on children’s mental health, the early origins of childhood aggression and the disruptive behaviour disorders, the early detection and prevention of adolescent depression, the long-term impact of domestic violence on children’s psychological development, and the implementation of effective intervention programs aimed at assisting children in the context of parental separation-divorce and other high-risk contexts (adoption and foster care).
Prior to his present appointment, Gordon held the post of Alexander McMillan Chair and Professor of Psychology at the University of Otago, New Zealand. Having studied and worked at the Institute for Social and Behavioural Development at Iowa State University between 1991-1995, he received his PhD from Cardiff University in 1998, was appointed Lecturer in Psychology the same year and Professor of Psychology in 2008. He holds appointments as Honorary Professor and Affiliate Member of the MRC Centre for Neuropsychiatric Genetics and Genomics at Cardiff University, and is an Affiliate Research Scientist at the Oregon Social Learning Center, USA. He has served as an advisor to Government Departments nationally and internationally, including the Home Office, Department for Education, Ministry of Justice, the Welsh Government in the UK and the Office of the Prime Minister’s Science Advisory Committee, New Zealand.

Alice Gregory is a Professor of Psychology at Goldsmiths, University of London. Her work focuses on understanding the aetiology of concurrent and longitudinal associations between sleep disturbances and a range of other phenotypes. She first developed an interest in sleep research as an undergraduate student at Oxford University. Following completion of her degree, she studied in Japan for a year collecting cross-cultural data for her first publication in the field of sleep research. Upon her return she commenced her PhD at the Institute of Psychiatry using epidemiological and twin samples to learn more about the associations between sleep disturbances, anxiety and depression. Alice has published over 100 papers and chapters, mainly focusing on sleep and associated traits.

Dr Gráinne McLoughlin completed her PhD training and initial postdoctoral training in quantitative genetics and EEG at the Social, Genetic, and Developmental Psychiatry Centre. She completed further postdoctoral training in computational neuroscience at the Swartz Center for Computational Neuroscience at the University of California San Diego and the Department of Psychiatry, University of California San Diego. She took up the position of Lecturer in Cognitive Neuroscience at King’s College London in 2013. Her main research interests include investigation of abnormal brain function in multiple psychiatric disorders, including attention deficit/hyperactivity disorder, autism spectrum disorders and psychosis. She is also particularly interested in timing and synchronization of brain function and its impact on attention and behaviour. Dr McLoughlin is the Director of the Spring and Summer EEG School at King’s College London.

Dr Alice Jones is the Director of the Unit for School and Family Studies, a research unit at Goldsmiths, University of London. She completed her PhD at the Institute of Psychiatry, Kings College London and spent time as a post-doctoral researcher at UCL before joining Goldsmiths. Alice’s main research interest is in the cognitive and affective correlates of behavioural problems, particularly those that impact on a child’s education. Her work takes a multi-disciplinary approach to understanding behavioural difficulties, including neuroimaging, behavioural genetic investigations, as well as neuropsychological and behavioural research.
Most recently, Alice has been working with colleagues in Educational Psychology to develop and evaluate interventions for children showing difficult behaviour in the classroom.

Yu Luo is an assistant professor at Institute of Psychology, Chinese Academy of Science. She received her Ph.D. in 2011 from the National Key Laboratory of Cognitive Neuroscience and Learning, Beijing Normal University, China. She has a strong interest in behavioural genetics and cognitive neuroscience. Her research includes behavioural genetic studies of self-concept and cognition abilities, and neural imaging studies of face perception. Currently, her work focuses on the genetics and neural correlates of self-esteem.

Since 2007, Dr. Jean-Pascal Lemelin is Assistant Professor at the Department of Psychoeducation, University of Sherbrooke, Quebec, Canada. He received his PhD (Developmental Psychology)in 2004 from the University of Quebec in Trois-Rivieres (UQTR) and then moved on to Laval University (Quebec City, Canada) where he received a three-year postdoctoral training in behavior genetics and became involved in the Quebec Newborn Twin Study. His current research interests include, among others, the genetic-environmental etiology of individual differences in school readiness and early school achievement and the developmental trajectories of math skills, with a specific focus on their environmental antecedents and consequences for later school achievement. He is currently implementing in Sherbrooke, Canada, an investigation of early number skills in over 100 5-year-old, French-Canadian children. This data collection will contribute to ongoing cross-cultural studies of number and math skills conducted within the InLab.